Lectures of Martin Jirušek in August and September

Martin Jirušek had a busy program in August and September, lecturing at events in the Czech Republic and abroad.

On August 11, Martin presented a contribution titled „Energy Geopolitics in Turbulent Times“ at the summer school organized within the framework of the Diplomatic Academy of the Czech Ministry of Foreign Affairs organized in the Masaryk University Center in Telč. On August 24, Martin took part in the annual summer school of the Energy Community  in Sarajevo, where he lectured about the EU energy policy in light of Russian aggression.

On the last day of August, Martin gave a lecture at the summer school organized by the European Values think-tank. His lecture titled “Energy Security of EU: Current State and Future Prospects“ dealt with the development of the EU energy policy.

Last but not least, Martin lectured in Liberec on September 15-16. On Thursday, he took part in a public discussion on transborder energy cooperation, and on Friday, he gave a lecture on the role of Russia in global energy supplies to students of the Czech-German Young Professionals Program . 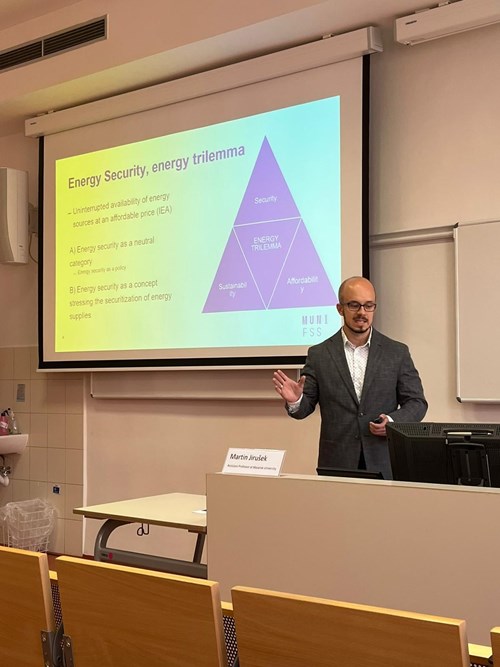